Samuel Alito’s interviews are nearly complete. He has shown us what nice person he is, and how intelligent he is. But so was serial-killer, Ted Bundy. Point being, we are nominating him to a lifetime position deciding the law of the land for the next several generations. While Ted Bundy was able to present himself as a friendly, intelligent person, enough to charm unsuspecting women into his Volkswagen Beetle, his views of right and wrong, were very different from those of the average citizen. So too, the next Supreme Court Justice must be more than just a nice person, they must have a clear and proven record of doing things favorable to the average citizen.

Samuel Alito's position on Corporate power and self-determination is his Bundy-like secret. In this age of unregulated corporate power and globalization, corporations like Enron and Tyco are permitted to grow without governance. Monopolies compete to own vast amounts of our nation's airwaves, information and resources. Corporate lobbyists like Jack Abermoff buy off politicians with little oversight. Corporations who make billions on war profits also own the major news media outlets that ordinary citizens watch to make their opinions about the war. We badly need a judicial branch that treats corporate entities with the same objectivity it treats a person.

But since most justices, and ordinary citizens, own stock in these "Corporation-people", it becomes harder to be objective, or trace a conflict of interest. Could a Justice preside over a case involving someone that owed him money? Would we tolerate a Justice deciding a precedent that while not directly affecting a friend or relative, a precedent that would enrich his friends and family? We are no longer talking about the fate of one person... In 1980, when General Electric and Dr Chakrabarty petitioned the Supreme Court to allow for the patenting of a synthesized life-form (bacteria) that was believed to eat oil, the 5 to 4 decision also opened the door to patenting life itself. These are the "incidental" repercussions that will occur more frequently with a corporate-leaning court.

Samuel Alito's record shows clearly his stance on cases favoring Corporate rights over that of the individual. If we accept Alito to replace the former moderate, swing-voting Sandra Day O'Connor, we will be authorizing a Supreme Court who's balance is decidedly in favor of Corporations. The facts prove it, the political ties re-enforce it, and in a time of great corruption of the highest branches of government, are we sure we want this choice, a court with a Bundy-like secret? The sooner we demand our majority leadership question his behavior, his record, and not his outward appearance, the sooner we may avoid giving our nation to a Supreme Court with a Corporate agenda. 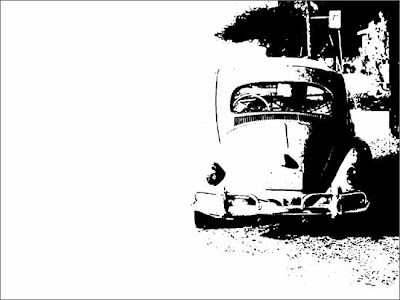 What we need to fear is not whether Roe v Wade is overturned, but what rights will be given to the already omnipotent Corporations? Will this justice suddenly have an epiphany and decide giving corporations immunity from prosecution for their actions is not in the best interest of the average citizen? Or will we jump in the Volkswagen Beetle with him and go for what might be the ride of our life?
Posted by the wingnut says... at 9:58 AM

Email ThisBlogThis!Share to TwitterShare to FacebookShare to Pinterest
Labels: Corruption